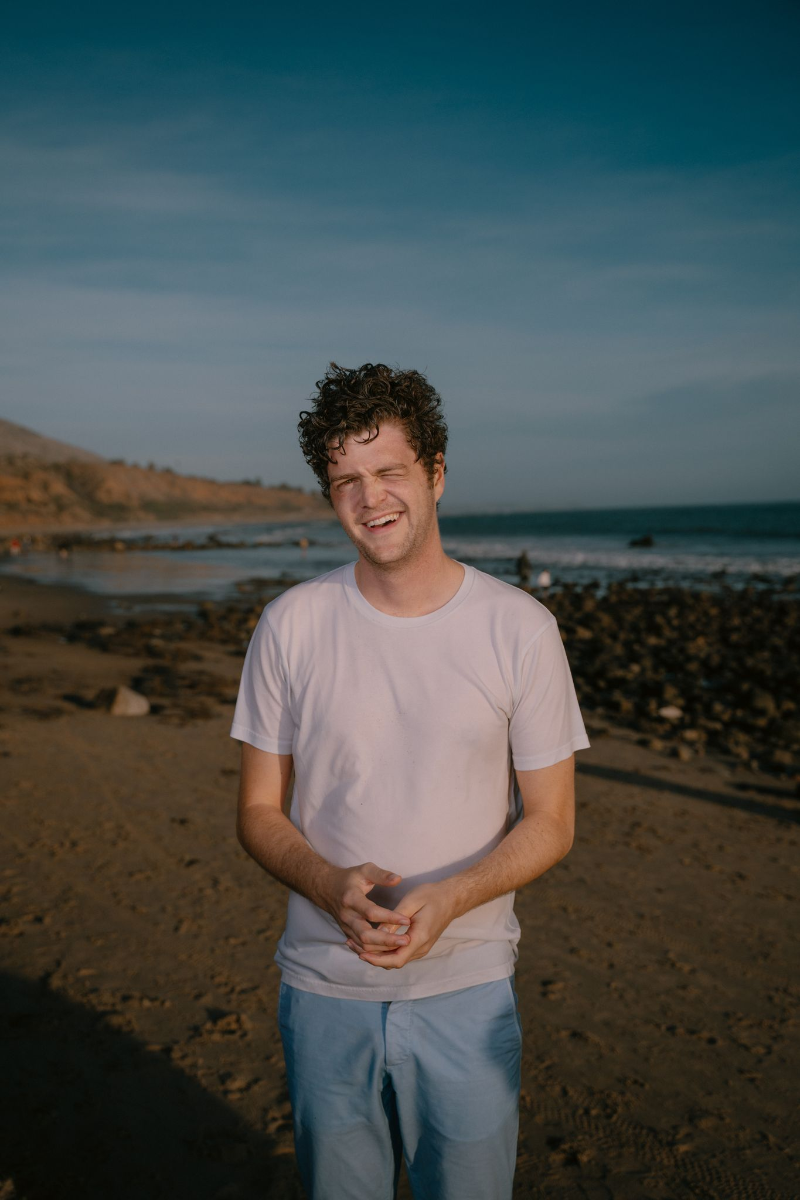 How does one make the weird fork-in-the-road choices that steer an impromptu career? How do you go from a youthful, happy-accident starting point which happens to become a viral dance pop smash, to a debut singer-songwriter album that succeeds in transcending the genre spectrum, unlocks a few emotional truths and redefines your artistic outlook? And in the midst of such disparate points on the map, how do you navigate both music’s professional corporate pop lane AND serve the song, tapping into your own personality, over and over again?

Nick Perloff-Giles, often known by his artist moniker Wingtip but increasingly by his birth name as a successful songwriter for hire, has lived numerous musical lives. It comes almost as a surprise that, following a slew of singles and an EP which were mile-markers on his twisting climb, All Your Friends Are Here is Wingtip’s debut full-length album. Less so that it is a pearl in today’s convenience store of musical shells, a distinctive statement of the artist’s evolving personality that also shows off the pop craftsmanship required to master the system.

And if anybody should be able to pull this off, it’s Perloff-Giles, who has already seen both sides of the equation: “In some ways, the last couple years have been the process of unlearning everything I learned. It’s very liberating, and I realize that the stuff that moves me and that I really want to emulate, is both personal and a little bit more unstructured.”

You can hear those balances throughout All Your Friends Are Here. They’re on playful earworms like the booty call-questioning “When You’re Lonely,” with its Kanye’s Graduation-meets-country soul exuberance, and on “Strangers,” a new wave power-pop gem that Fountains of Wayne would be proud to call their own, as wistful as it is optimistic. Yet, these undefined spaces are also on the more acoustic songs, that seem like they’re pulled out of Perloff-Giles’ diary. Such as “Try,” with its attempts to make sense of how to grow older and wiser while still embodying the spirit of youth, and “Frayed Tape,” a piano-led autobiographical vignette about “feeling feeble in the prime of your life” that still ends in a smile. Just when you think Wingtip’s melancholy might be overpowering his defiant positivity, the sun’s rays become more hopeful and less corrosive.

This website uses cookies to improve your experience while you navigate through the website. Out of these cookies, the cookies that are categorized as necessary are stored on your browser as they are essential for the working of basic functionalities of the website. We also use third-party cookies that help us analyze and understand how you use this website. These cookies will be stored in your browser only with your consent. You also have the option to opt-out of these cookies. But opting out of some of these cookies may have an effect on your browsing experience.
Necessary Always Enabled
Necessary cookies are absolutely essential for the website to function properly. This category only includes cookies that ensures basic functionalities and security features of the website. These cookies do not store any personal information.
Non-necessary
Any cookies that may not be particularly necessary for the website to function and is used specifically to collect user personal data via analytics, ads, other embedded contents are termed as non-necessary cookies. It is mandatory to procure user consent prior to running these cookies on your website.
SAVE & ACCEPT