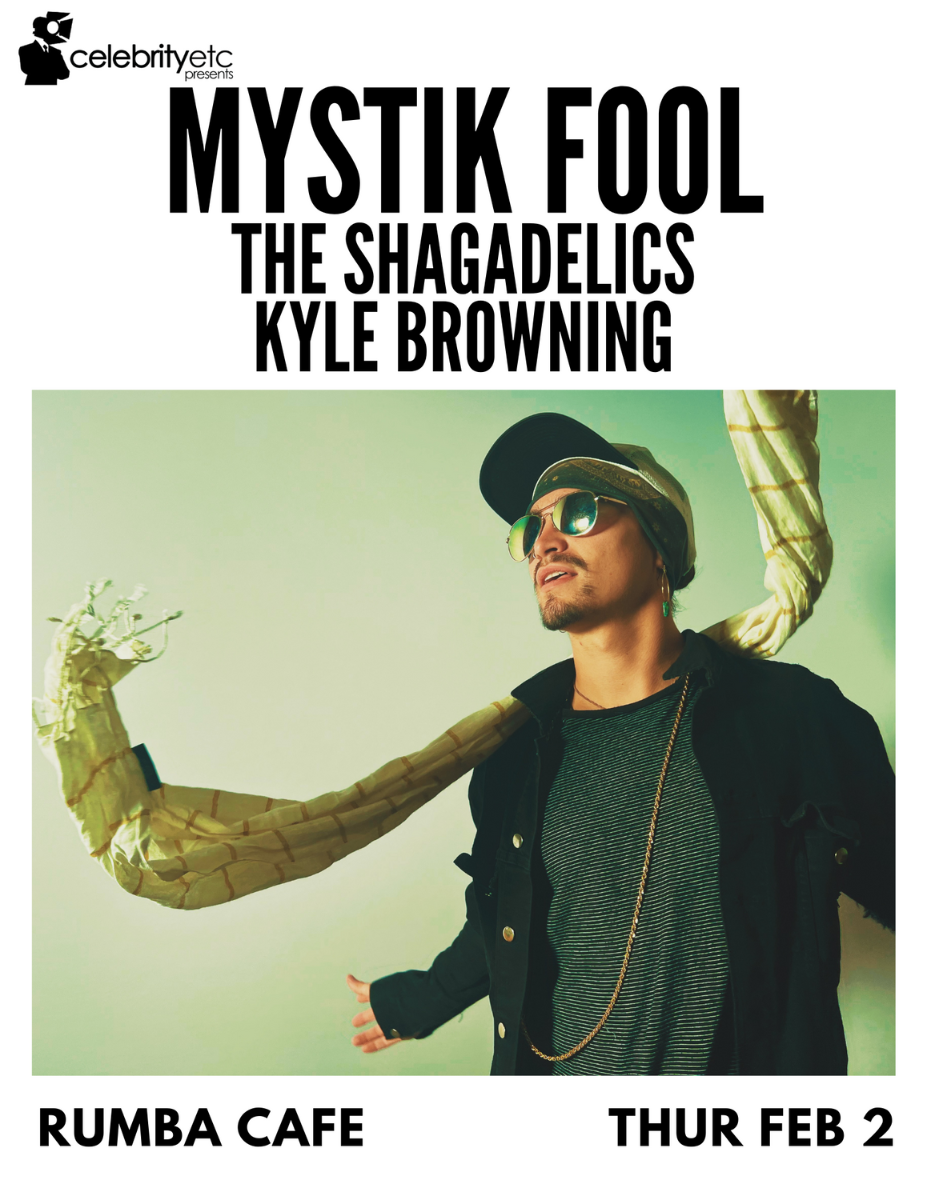 $12.00
Mystik Fool is the alias and music project of Galen Deery, a multi-instrumentalist songwriter from the foothills of the Appalachian mountains in Pennsylvania. Founded in 2018, the project continued to grow as the music was shared. With a full band, Mystik Fool is fronted by a ukulele.  During solo appearances the show transforms into a live looping experience where Galen builds each song from the ground up. The name Mystik Fool came from a few pivotal moments during adolescence. The way of a mystic, as defined in the dictionary, is "one who believes in the spiritual apprehension of truths that are beyond the intellect". And the fool being defined as "a person who acts unwisely or idiotically”. So what is a mystic fool? Or better yet, what does a Mystik Fool sound like?
The self-proclaimed genre, “Spirit Jam”, has been coined due to the surplus of styles coming together from Rock to Reggae, Pop to Folk, and medicine music to prog. With all of these influences, Mystik Fool brings a message to reintroduce a seemingly lost idea of living through love. Attempting to revive this idea, he has toured across the US (including Alaska & Hawaii), parts of Europe opening for acts such as Trevor Hall, Matisyahu, Dirtwire, The Ries Brothers, Kyle Smith, Sensi Trails and more.

In 2019, PurePop Publishing (Moby) signed on with their debut single "Shine" pushing the band out into the spotlight, attracting attention from HeavyHitters Music to sign on with multiple tracks being placed in the popular day-time soap Opera "Young and the Restless". Their debut album “Spirit of the Redwoods” came out in the fall of 2020. A collection of 14 songs produced by two-time grammy nominated drummer/producer Kevin Soffera. They’re single “I’m on my way” dropped a year later with Producer Jeff Martin (Trevor Hall). Mystik Fool plans to tour and release their next album during 2023. Enjoy and follow the project on socials and on Spotify. See you soon.

This website uses cookies to improve your experience while you navigate through the website. Out of these cookies, the cookies that are categorized as necessary are stored on your browser as they are essential for the working of basic functionalities of the website. We also use third-party cookies that help us analyze and understand how you use this website. These cookies will be stored in your browser only with your consent. You also have the option to opt-out of these cookies. But opting out of some of these cookies may have an effect on your browsing experience.
Necessary Always Enabled
Necessary cookies are absolutely essential for the website to function properly. This category only includes cookies that ensures basic functionalities and security features of the website. These cookies do not store any personal information.
Non-necessary
Any cookies that may not be particularly necessary for the website to function and is used specifically to collect user personal data via analytics, ads, other embedded contents are termed as non-necessary cookies. It is mandatory to procure user consent prior to running these cookies on your website.
SAVE & ACCEPT